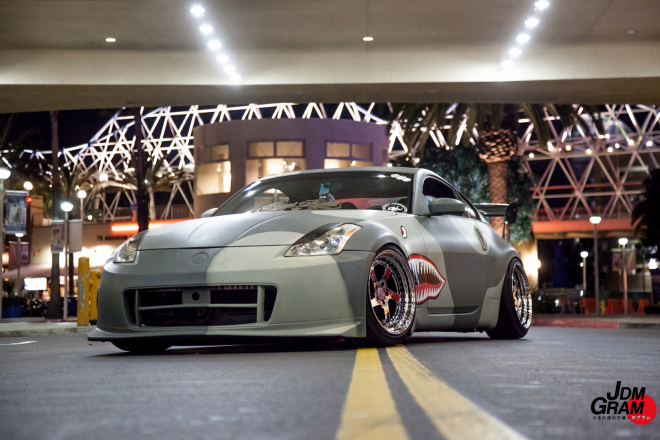 Few months back while driving to my girlfriends house I spotted this 350z crusing it down the boulevard, instantly my neck was suffering, lol. I was pretty hurt haha. A few weeks past by and i kept seen this car, that loud exhaust sounded so mean but so beautiful at the same time. I thought to myself hummm, i need to get in contact with this guy. So Instgram was the solution, since everyone here has one I thought this is going to be easy. Soon enough I came across the car and started following the guy. After a few days i found out he actually worked like a few blocks away from my job. I was just like wow how come I never saw his car before, being that he was so close to my job. Anyways it wasnt till like a few days ago where I got in contact with him to get a photoshoot on. Of course who doesnt say no when its going to go on JDMGRAM. So we set up our shoot in downtown Long Beach. It was pretty cold night but that didn't stop us from doing the shoot. Being the first time that we actually met this guy was super chill. Its hard to come across now a days in the community with people like this. Everybody likes to be cocky and show off their car. Their was none of that here. True car enthusiast. For those who are interested in reading a little bit about him you can continue to read if not be more than welcome to check out the pictures of his SHARKEISHA. 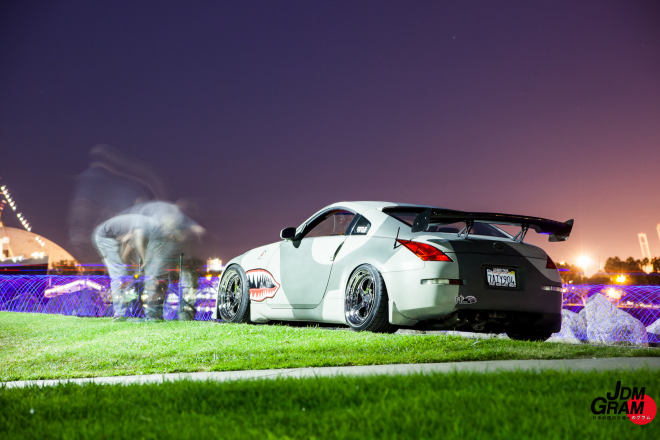 Tony Verduzco, born and raise in Los Angeles CA. Going back to high school he always wanted an import, but his first car ended up been a 1994 Mustang 5.0 that was given to him by his uncle, well that must be nice. None the less he ended up selling it and got what he wanted his first import car which was a 1996 Honda CIvic Ex. That was the start of everything and how it was really introduce to the Import Scene. Of course what everyone does when they get a car they start dumping money into it, cant blame him as high school kid you want to look cool. The joy only lasted so long before he got rear ended and that was the end of that. It was on March 2013 when he got his 350z. Everything after that was just pure happiness. He started fixing up the ride with wheels and suspension. Then that wang came along. He created his own crew Royal Minds. He mentioned to me that he also want to become a photographer, I gave him advise and what not. Overall his Nissan 350z has been coming along . Future plan include a repaint/dip, an engine swap, a whole body kit install. Stay tuned to what he does next. 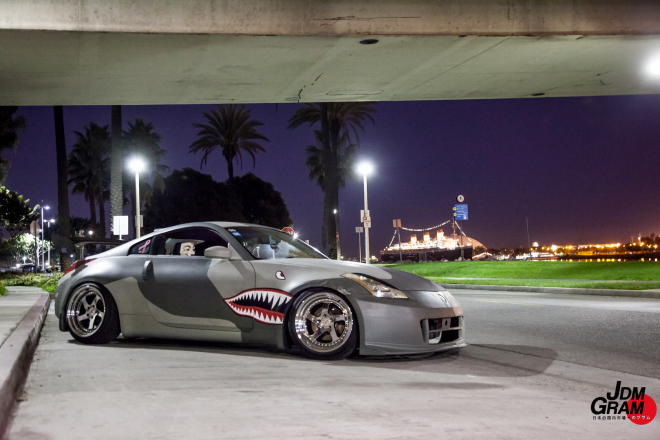 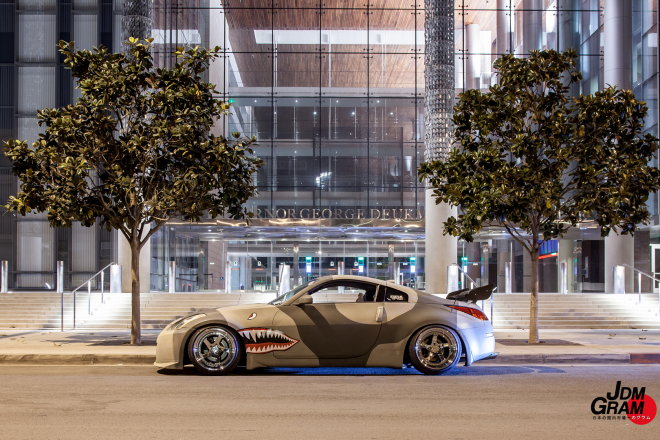 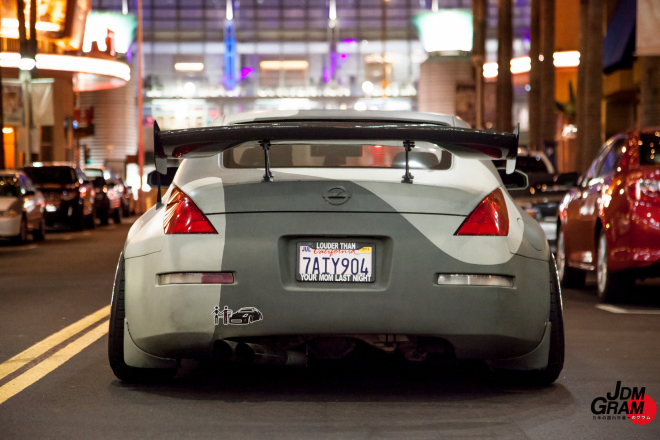